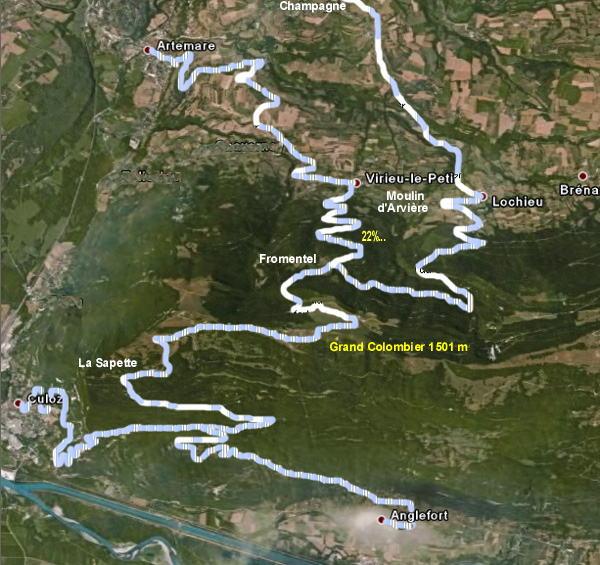 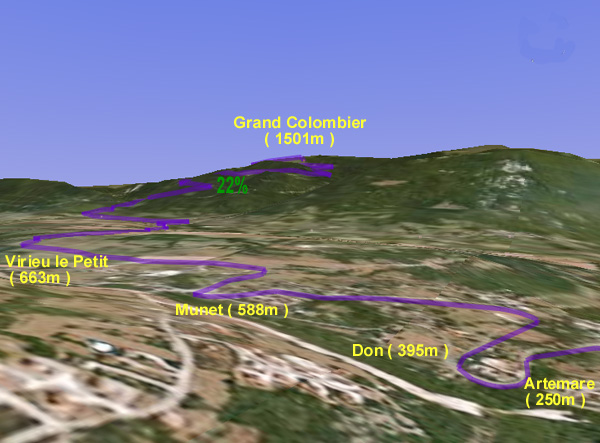 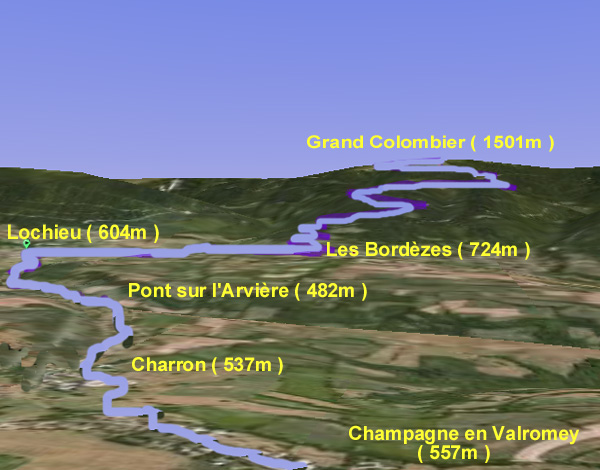 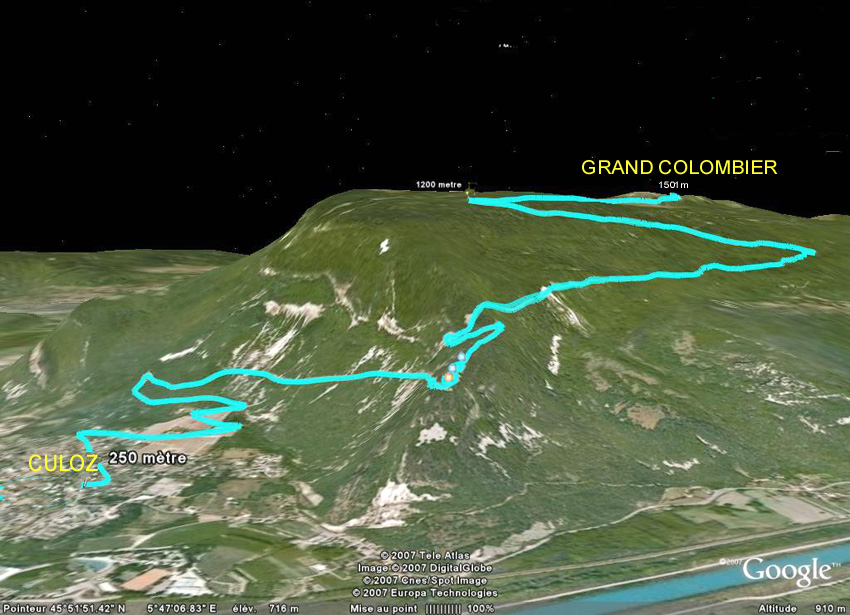 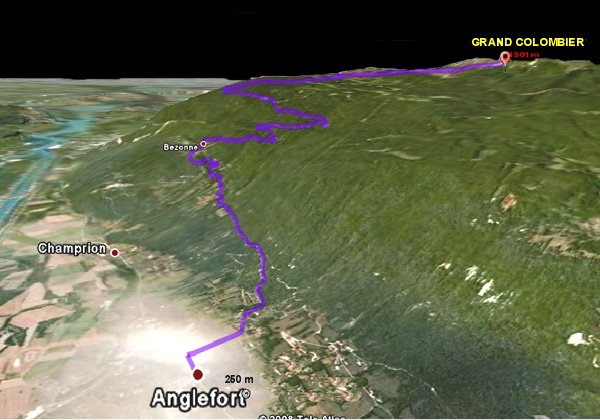 Shops and watering place in the beginning of every face. Snack at the top to Grand Colombier from may to october. Fountains in each village and in the Granges de Fromentel.

Subscription can be done directly online on this website or by postmail. Amount of subscription (First attempt: 8€ - Next Attempt 4€ - Postal dispach of the documents +3€). (see page "to register")

To ensure receiving your checking card on time, it is recommended to subscribe a few days before your attempt (two weeks for registration by mail). The candidate will receive by return of the mail a checking card (permanent validity) in which he must indicate his times of passage

In case of success, the new "Fêlé" will receive his nominal diploma and will be able, if he wishes, to order the medal , the tee Shirt or the cycling jersey of the brotherhood .

If you decide at the very last moment, contact me by email and I will send you the documents to print.

In any case, the subscription must reach me before your attempt. Any attempt made without prior registration cannot be approved.

PLACES TO CHECK OFF - Four options to validate your road map:

At the traveling snack bar at the top of the pass (open every day from 9 a.m. from May to September)

Take pictures of the starting villages and one at the top.  For digital photos, send them to me by email.

After the return of his stamped checking card (by email or mail), the new member will receive by email a numbered certificate, which is the proof of his rank inside the brotherhood.